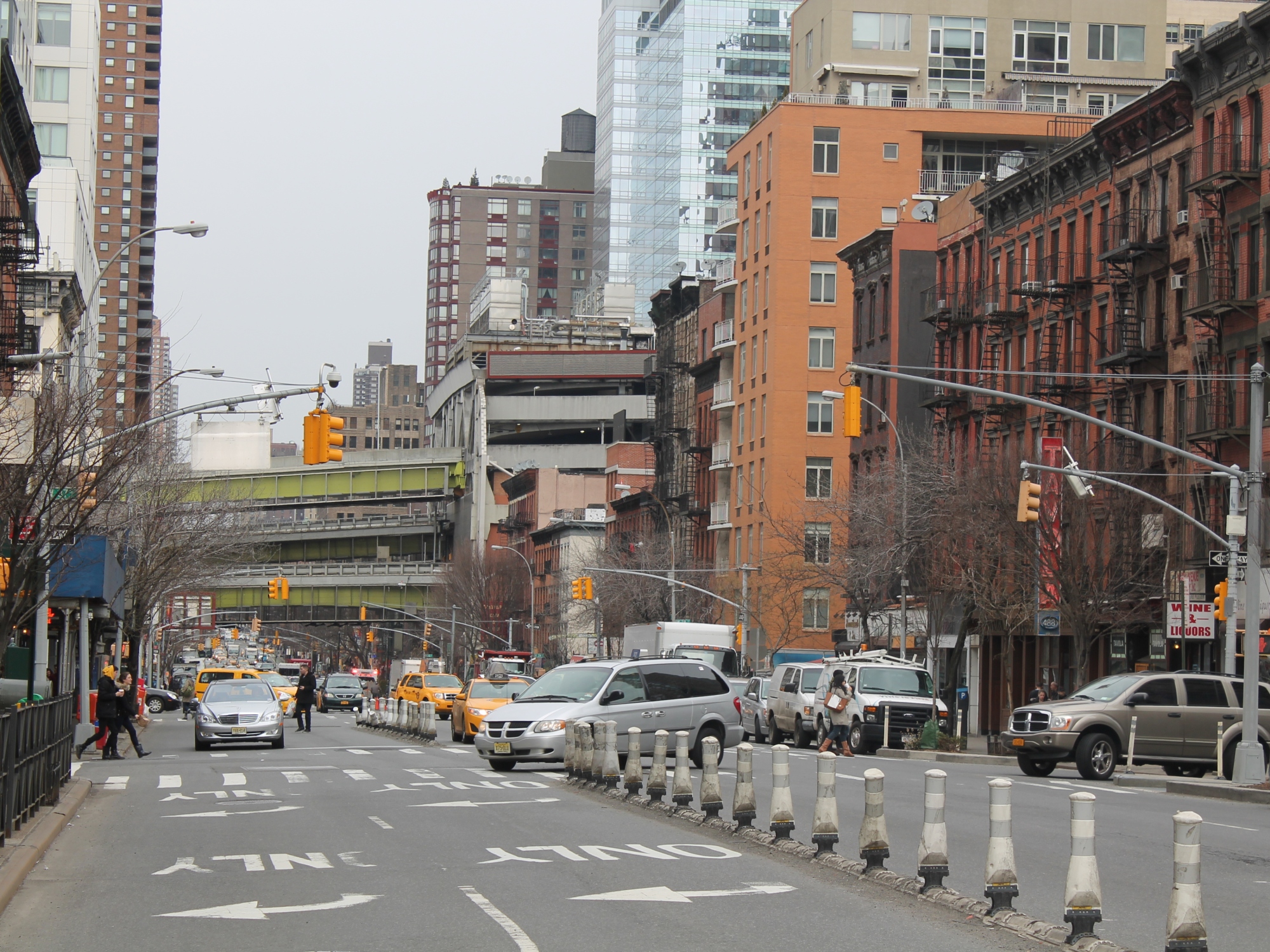 With participation of professionals and academics of NY practices and institutions. 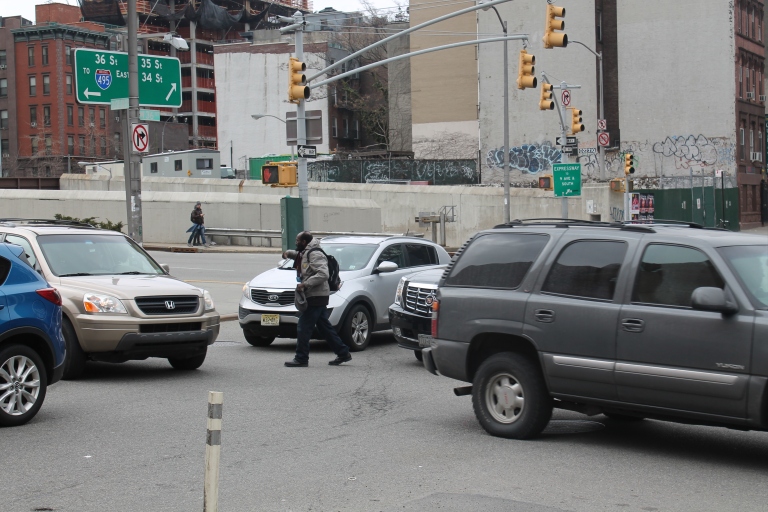 (Question:) What’s a metaphoric void?
(Answer:) Metaphoric in the sense that their interest or value wasn’t in their possible use…
(Question:) You mean you were interested in these spaces on some non-functional level.
(Answer:) Or on a functional level that was so absurd as to ridicule the idea of function. For example, the places where you stop to tie your shoe-laces, places that are just interruptions in your own daily movements. These places are also perceptually significant because they make a reference to movement space. (…)

The Urban Infrastructures & Metaphoric Voids Masterclass is organised by the Streetscape Territories Research Project and invites graduating students and young professionals in architecture, urban design and urban planning to participate. The Masterclass consists out of a 5day research and design workshop,  combined with visits and lectures by local professionals and academics and this way introducing the participants to a local network. The Masterclass is organised in collaboration with several local institutions and universities in New York and abroad (KU Leuven, Pratt Institute New York, City College New York, Van Alen Institute and UIUC). The main thematical approach of this Masterclass is related to the ongoing research project about Streetscaps and Urban Infrastructures.

Streetscape Territories is the name given to a research project about the transformation of the urban fabric that manifests itself through the constant re-configuration of its streetscapes. The research deals with the way architectural elements, property structures and their inherent permeability models, together with emerging programmatic adjacencies, configure streetscapes and how their inhabitants can read and give meaning to them. The research method is based on unveiling multiple narratives of a place through on-site observation and mapping, close collaborations and conversations with stakeholders with a strong focus on permeability and models of proximity within a street or a neighborhood. The research projects start from the assumption that collective space (de Solà-Morales, 1992; Avermaete, 2007) -covering urban space from the domestic scale till the scale of the city- can be understood as a discontinuous territorial configuration (Scheerlinck, 2010), containing different levels of shared use that are defined by multiple physical, cultural or territorial boundaries (Habraken, 1998). Urban space responds to mechanisms of providing and denying conditions for privacy or community that employ systems of borders and boundaries (Sennett, 2013) to configure sets of aggregated, integrated or overlapped territories that are read, interpreted and used by its users in multiple ways. The main research question of the project is: how do territories and people relate to each other in contemporary streetscapes and how do these relationships contribute to the local identity of the physical and social environment? The project seeks to pronounce a contemporary discourse on streetscapes as the immediate manifestation of the transformation of the urban fabric and build upon the legacy of narrative approaches on streetscapes by Jacobs, Appleyard, Whyte, Cullen in the 1970s or by Gehl, Fernando, Bobic, van Ulden, Heussen, van der Ham, Franck and Stevens in more recent discourses. 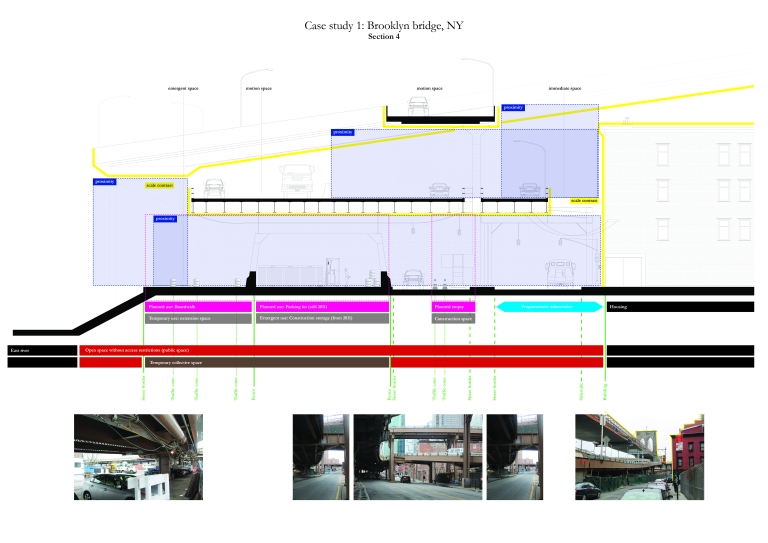 Urban transformation is directly related to the planning, design and use of a series of urban infrastructures: from streets to highways, from bus to train lines and their connecting transport hubs, from bicycle lanes to systems of pedestrian routes, from rivers, canals or other waterways to harbour facilities or even considering industrial or commercial complexes as urban infrastructures, they play an essential role in urban development and renewal. Planned strategies to transform or extend urbanised areas are mostly based on the making or remaking of infrastructures. However, the relationship between infrastructures and the surrounding urban fabric, more specifically the collective spaces it constitutes at the level of the streetscape, is not always the starting point of providing these facilities. In many cases, the urban fabric is wrapped around or fragmented by these infrastructural projects, causing scale contrasts and struggle to integrate within, generating processes of misappropriation or misuse.
During the last decades, research on planning and design models related to the building or integrating of urban infrastructures have been developed and tested via specialised disciplinary fields. From traditional morphological research, analysing urban growth schemes in a historical framework (de Sola-Morales, 1997: Serra, 2002) to studying syntax integration values (Hillier, 1996), both approaches allow to provide insights to the socio-morphological dynamics of space production. Mobility or transportation studies, mostly based on criteria of efficiency, capacity or performance (De Meulder, 2008) combine research methods focusing on how to densify the existing built environment (Zardini, Sherman and Ray, 1999) or intensify its program, both linked to infrastructural interventions (Shannon and De Meulder, 2009). Other study fields focus on centrality or multi-centrality (Busquets, 1987) and the urban or peri-urban condition of areas in transformation (Secchi and Vigano, 2013), seeking to guarantee maximum connectivity (Graham and McFarlane, 2015). Linked to these research approaches, new planning models have been studied to update zoning or land use planning (Khan, Moulaert and Schreurs, 2013), relying on strategic plans with a highly structural dimension laid out in time and a strong focus on participation. Environmental issues have gained importance due to the scientifically proven advance of global warming and its effects on urban growth or transformation (Khan, 2013). An increasing consciousness of the impact of urbanisation and need for sustainable waste-management (Hodson and Marvin, 2010) changes the agenda of planning or renewing infrastructures on a global scale. This environmental concern is undoubtedly related to discourses of how to read, interpret and plan the urban landscape, from conceptual to more pragmatic approaches to revalorize open landscapes. At alternating scales, the level of formalisation -that is the explicit or implicit delimitation of use of space- is studied (Lefebvre, 1996; Harvey, 2013) as available space is reducing and mobility requirements increase. Finally, the planning and design of urban infrastructure embodies models of social inclusion of exclusion (Smith, 1992; Sennett, 2013; Abdoumaliq, 2015), due to the resulting change of accessibility and living standards for the inhabitants.

Despite the un-doubtable necessity of the above mentioned existing research approaches on the relation between infrastructures and the urban fabric, there is a high need to explore and unfold research approaches that focus specifically on the immediate impact or perception or experience of infrastructure on a neighbourhood. More specifically, as more infrastructure is needed to to higher demands of mobility and connectivity, there is a need to develop innovative research approaches that consider cases where the proper infrastructure generates a scale contrast or programmatic intensification and as a consequence, amplifies its impact or perception. From the visual perception to the level of accessibility or permeability, from their proximity to working or living environments or adjacency with other urban programmes, the daily and close relation that inhabitants have with these multiple urban large scale infrastructures at this pivotal scale is quintessential to study the transformation of the urban fabric. This relationship is related to social and cultural factors (Rapoport, 1991; Reinders, 2014), as the reading and interpretation of the built environment depend on them (Hillier, 2004). Most often, the perception or close impact of infrastructures as part of the urban landscape is considered only a secondary level of research in urban design or planning research approaches.
Another reason why the pivotal scale condition is important to explore new research approaches on infrastructures and the urban fabric, is because touch-down infrastructures generate relative high levels of productivity within the area: its high connectivity presents optimal opportunities for commercial and industrial programmes to be developed as part of these streetscapes. Nevertheless, the very relation between the productive streetscape and pivotal scale conditions needs to be further explored and developed in depth, aiming at trans-disciplinary approaches.

The Streetscape Territories Master Class seeks to explore novel ways of understanding Urban Infrastructure in complex settings, like New York City. We consider urban infrastructures as essential actors in the transformation of the urban fabric: they define the daily life in our neighborhoods. We will consider urban infrastructures as architectural elements that demand to take a position within its immediate context.
The aim of the 5day on-site workshop and related lectures is to unveil new ways of planning, designing, using or appropriating these infrastructures in cities in constant transformation and contributing to new design strategies to deal with infrastructures (bridges, highways, canals etc) at the level of these neighborhoods. The Master Class has a designerly urban architectural approach and will focus on the following  ongoing research cases: 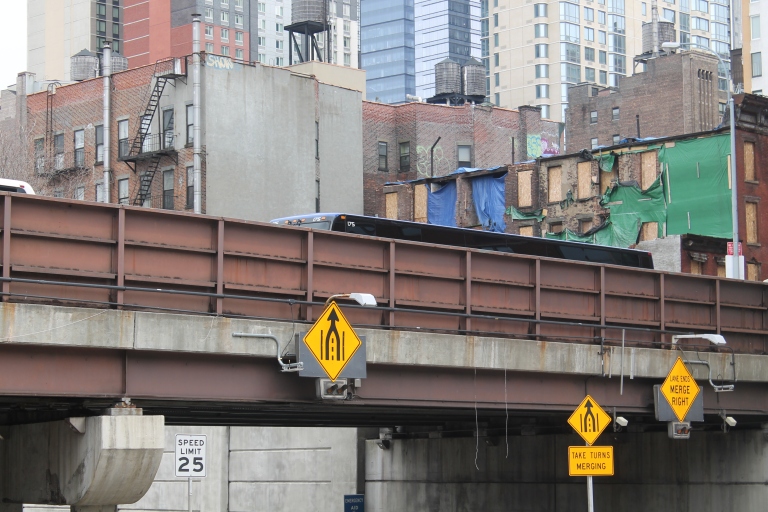 *submission of a motivation letter (convince us why we would select you and describe your international experiences), max.500 words, in English, included max. 3 images 150 dpi, adding short cv of max.200 words, included ID photo, all in one pdf file (max 2MB totally) to be sent to kris.scheerlinck@streetscapeterritories.com

1. Eligible for participation are graduating or recently graduated Architects, Urban Designers or Urban Planners (graduated between 2011 and 2016) and young researchers in these fields.
2. Participation of graduate or postgraduate students currently enrolled in Master Programs at KU Leuven, Faculty of Architecture, campus Sint-Lucas, is without charge, selection based on motivation letter* .
3. Participation of students/professionals currently not enrolled in Programs at KU Leuven, Faculty of Architecture, is at charge of 165.00EUR, to be paid via international bank transfer (BE09 4320 0000 1157, BIC: KREDBEBB of KU Leuven, Krakenstraat 3, 3000 LEUVEN, with indication of 400/0014/15734) on the Faculty account before December 20th, 2016 (final acceptance of participation will be given after having confirmed travel arrangements and having paid registration), selection based on motivation letter*.
4. Availability: max. 25 participants
5. All participants book and pay the needed travel and accommodation costs and agree to be present on February 6th, 2017 on the previously communicated meeting point (late arrivals or early leave will not be accepted).
6. All participants are personally responsible to obtain all legal documents and permits to travel and stay in USA, KU Leuven does not have responsibility in this matter.
7. All participants arrange travel modes and insurances individually for the whole stay, KU Leuven does not have responsibility in this matter.
8. After completion, all participants will receive an official certificate of participation at the Master Class, no study credits can be granted for participation.