Coney Island is more than amusement parks and a nice beach: it is an intriguing urban peninsula with a rich cultural heritage, where many communities coexist and face the many challenges in the area: a low income for most of its inhabitants, a failing productivity, problems of accessibility and mobility, a lack of investments, the rising sea level, increasing storm surges, a relatively high crime rate and an overall fragmentation of its territories. Nevertheless, it always has been and still is an area where anything is possible, and with this attitude, the 15 participants of the Common Streetscape workshop proposed several ideas for a sustainable future for Coney Island, after a ten-day on-site workshop, during which they could discuss the many challenges and potentials with inhabitants, planners, social workers and any other kind of stakeholders. The final proposals were presented to the public on July 25th at the Flanders House New York by means of an exhibition that showed a loop of images of 43 proposals for the island, as well as a series of 43 postcards, that during the vernissage were written by the participants and visitors and mailed by post to neighbours, stakeholders and policymakers in Coney Island and abroad. Please take a look at these proposals and share these ideas!

Thanks to all partners and participants for the energy and hard work!

The follow-up of this project will be an exhibition at KU Leuven, campus Sint Lucas Ghent, which will open on September 24 at 18h. Feel free to join! This workshop will be followed by a Research and Design Seminar in New York, in November 2014, in collaboration with TU Delft and with the support of the Consulate of the Netherlands, the Flanders House New York and Pratt Institute. 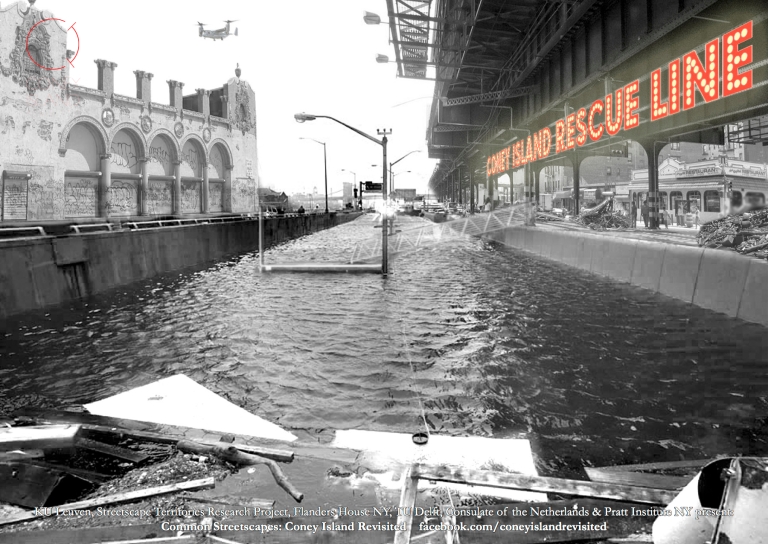 RESONANCE: ideas about alternative experiences of Coney Island, by locals and visitors. 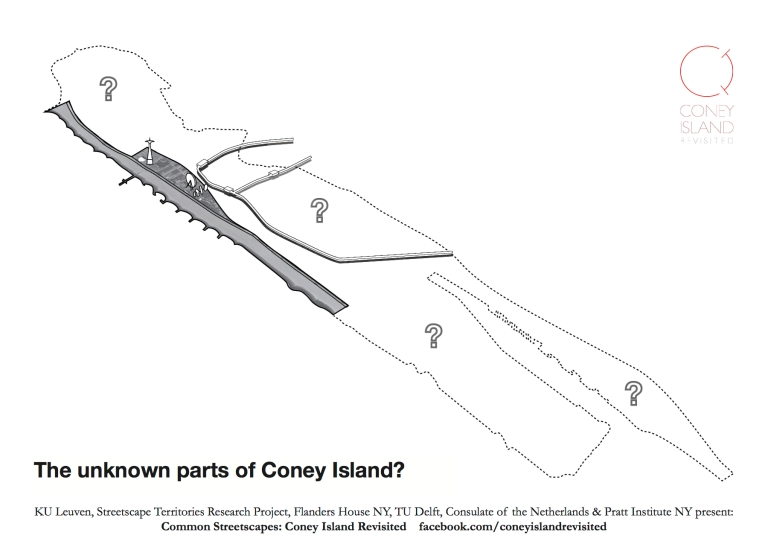 EMPOWERING: A campaign to highlight and enhance existing socio-economic activities.

APPROPRIATION: Bringing back the attention to the people who appropriate the places and neighborhoods of Coney Island. 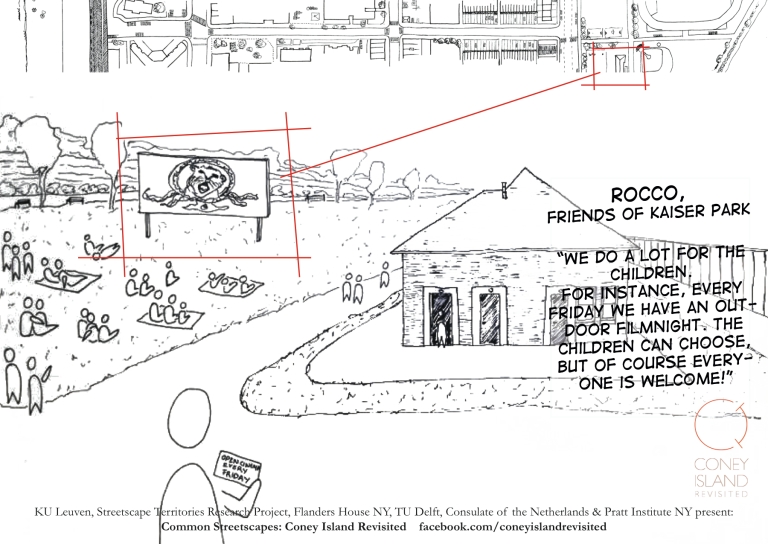 UNEXPECTED ADJACENCIES: Ideas for a new and unexpected use of existing places.