Last Tuesday, on July 15th, we kicked off the Common Streetscapes Workshop at the General Consulate of the Netherlands. After Mr. Rob de Vos, the Consul General, welcomed the 18 international participants, an introduction session was given about the Streetscape Territories framework. This workshop focuses on Coney Island and its many challenges and potentials: from an excessive focus on amusement industry in planning policies, ignoring the proper inhabitants needs and desires, to a growing unemployment, a decreasing productivity, high crime rates and overall problems of accessibility. To these challenges we need to add the threat of the rising sea level and increasingly occurring floods, as well as many problems of pollution in the Island.

This workshop starts from the assumption that by studying the area’s streetscapes -and above all: trying to understand by whom these are used and in which way- the complexity of this study area can be disentangled and allows suggesting multiple ways of intervening in a sustainable manner. The workshop has a strong in situ character: the group spends most of the time on the street, trying to understand how the different territories are configured, how space is used by the different groups of population. Observation and local interviews are the most important methods to analyse the urban fabric and the way its constituent spaces are appropriated. Besides this on site registration, some studio sessions are organised, each time at different locations: from the Public Library in Brooklyn, to the General Consulate of the Netherlands, from the Flanders House New York to the Municipal Art Society Library. As well, some more improvised session occur, where we occupy the stairs in front of a public building, sit under a beach canopy or sit and talk in a park in the area. During each session, some professionals or local stakeholders join: like Stuart Pertz (Pratt Institute), Beth Bingham and Erik Wyche (Partnerships in Parks, Pratt Institute) who help us to frame the project coherently and correctly. 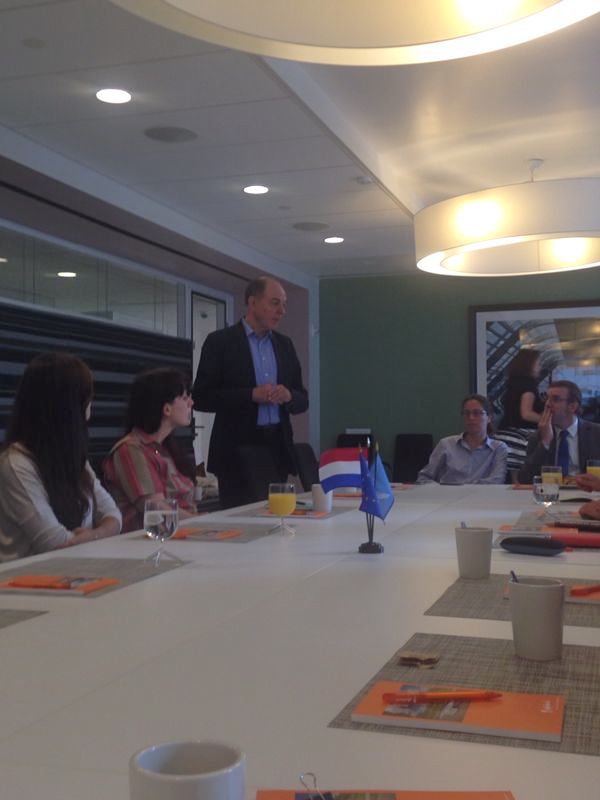 Representatives of the Dutch and Flemish Government welcomed the participants.

Introduction to the Common Streetscapes theme. 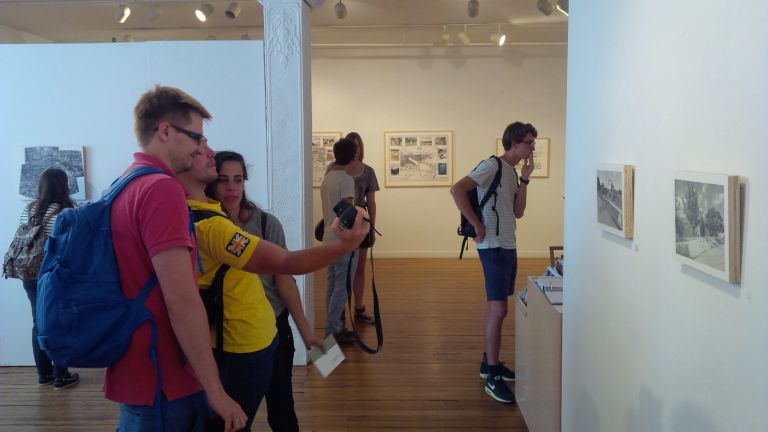 Visit to a few galleries in Chelsey to introduce guidelines about representation and way of defining resolution to the projects. 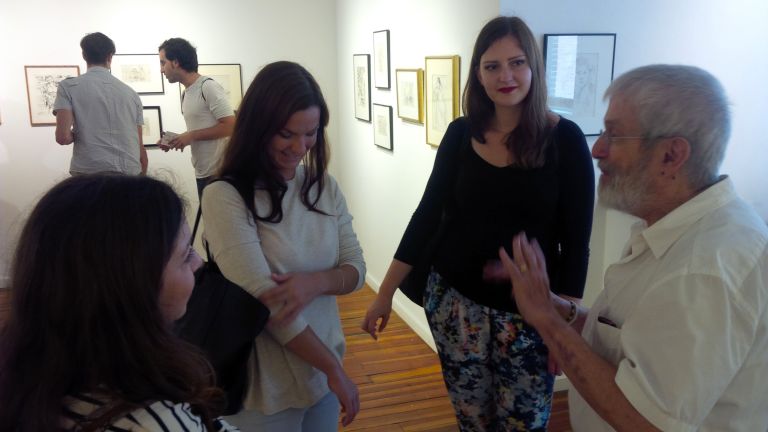 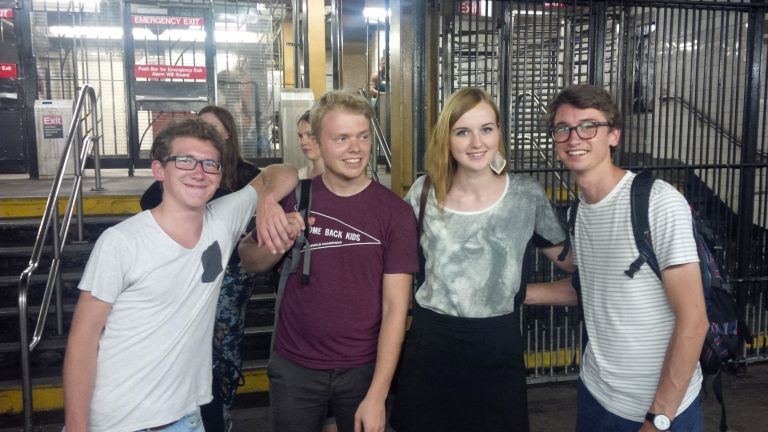 A train ride to Coney Island. 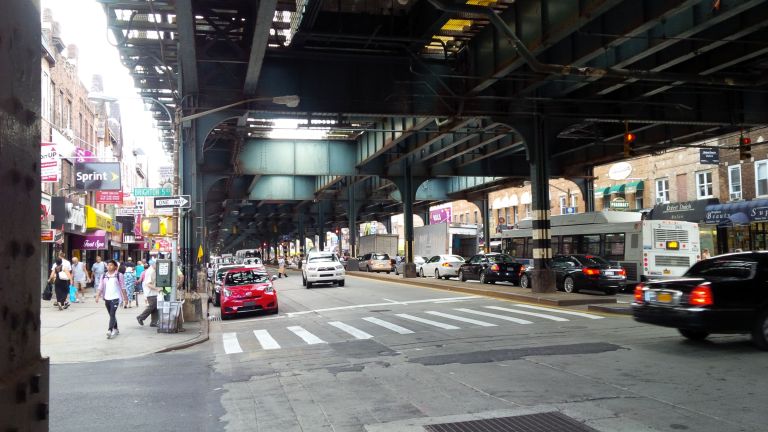 Discussion session at Coney Island, right below the Parachute Tower. 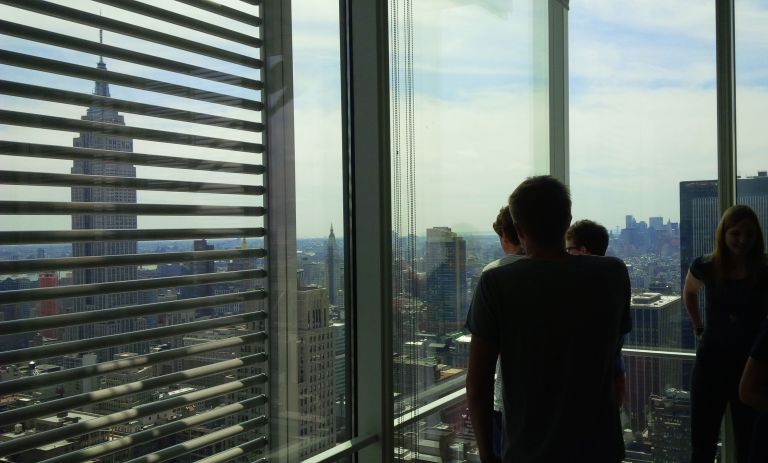 Round table session at the Flanders House New York. 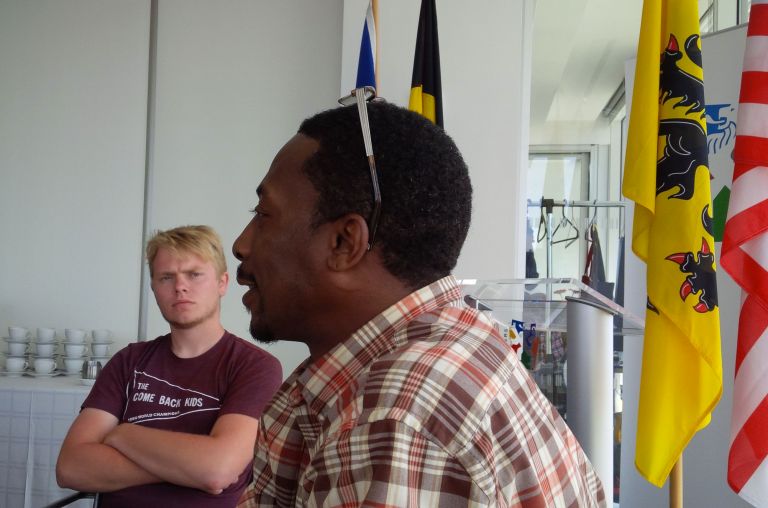 Conversation with local stakeholders at the Flanders House.

Conversations at the Flanders House.